When our son John and his bride-to-be, Melissa, were planning their wedding, they asked if I would tangle their wedding reception table cards.  It was a privilege and a way to create something personal for their reception.

I decided to use four inch squares (diamonds) that would sit on end in little place card holders.  I created a border using an elongated cursive and words that read:  JOHN AND MELISSA  WED THIS DAY   NOVEMBER 6   TWENTY FIFTEEN.
It took a few tries to get an even spacing, but once complete, I copied two to a page before continuing.

Next, I drew a number in the middle of each border - one through nineteen. Using Teenos and Mel Mel, the two tangles I created and named after the John and Melissa, I added a touch of their tangles around each number. 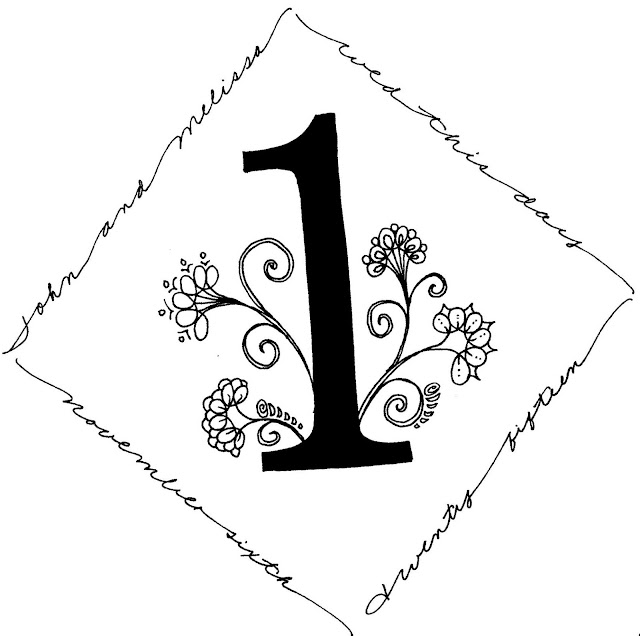 Once they were all completed, I made two copies of each page onto Bristol paper. My printer took the paper well on an advance setting for 'thick plain paper'. I cut out the four inch squares and set them back-to-back since they had to be read from either side. A bit of double sided tape and a paper punch to round off the corners, and the cards were complete. 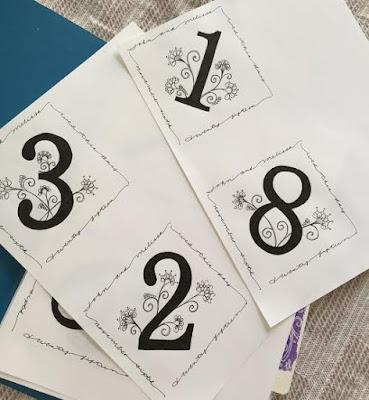 I kept the design simple - bold numbers, light and airy border and tangles.  In a large reception hall, the numbers needed to stand out for easy recognition.  The words and tangles were viewed and appreciated once the guests were seated.

This is what they looked like, propped on their silver stands, and grouped for a photograph ~ 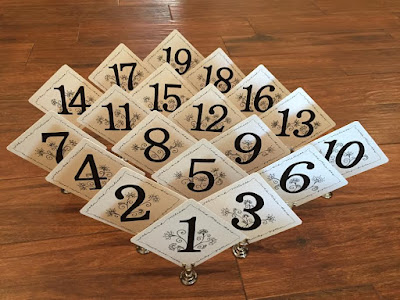 Now our daughter Catherine is planning her wedding.  I just so happen to have patterns named after her and her fiance...stay tuned (smile).