The idea for the ensemble in yesterday's Wednesday's Words of Wisdom post (Link) came about in the typically magical way I have come to expect with all things Zentangle®.

It all started with last week's 3z tile. (Link)
I took the usual three cornered Celtic design, fit it to the triangular 3z tile, and instead of adding an intertwining circle, created a heart shaped one.  It fit in the space beautifully.
However, turning the tile to highlight the heart did not make for a pleasing photograph, so I darkened in the outer spaces and left three blank to write in the heavenly virtues: 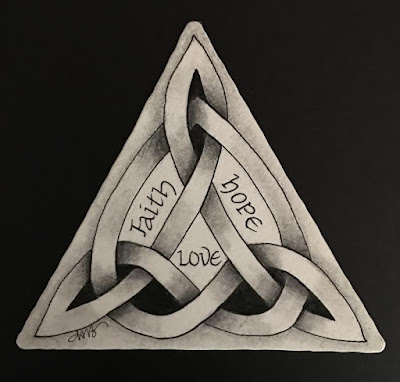 In the days that followed, I mulled over different ideas to highlight the heart shape and decided on a six tile ensemble.

First, I created one master knot and used my light table to lightly pencil in the rest.
Then, I connected the lines at each of the outer corners in an under/over fashion.  I followed the maze around several times to insure that the lines were continuous.
Lining the tiles up on a piece of black card stock made it easier to work on the piece as one unit. 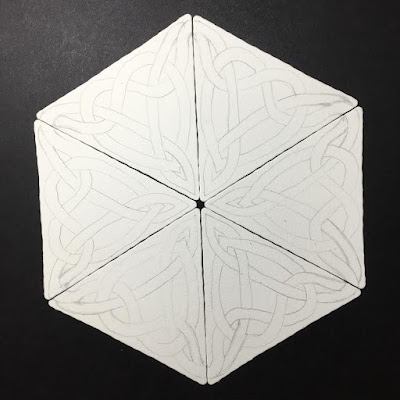 Next, I used a Micron 01 and outlined the entire piece, taking care to line the edges up when crossing over from one tile to the next. 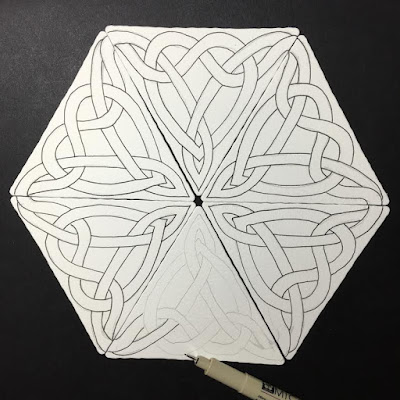 This time, I darkened in all of the inner spaces except for the diamond shaped one.  The heart shape became prominent and the middle space look promising for the addition of Lucky. 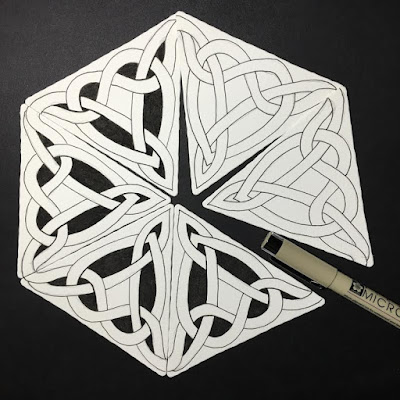 I popped a different variation of Lucky in each tile.  Still not certain if I wanted to add color or not, I began shading to see if it would influence my decision. 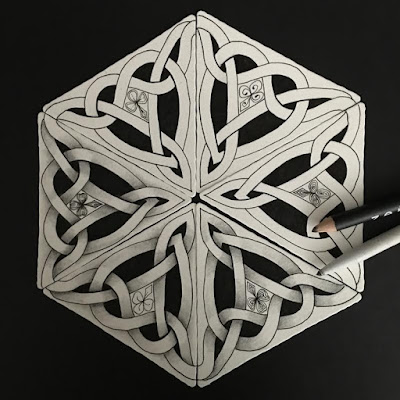 After a look at all of the shaded tiles... 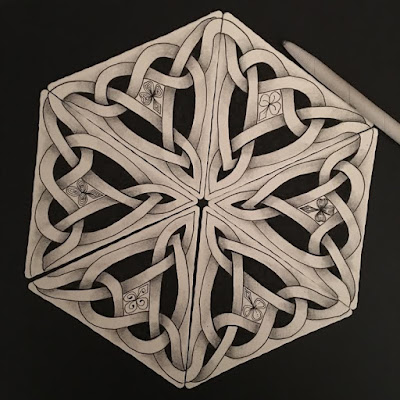 I darkened in the spaces around Lucky and then darkened all of the shading a bit more. 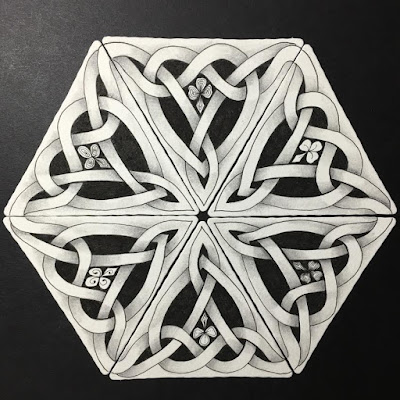 At this stage, it looked almost complete, but I kept thinking back to last Monday's post (Link).
I found the colorful tiles for IAST #187's St. Patrick's Day nod so inspiring that I decided to add some green after all... 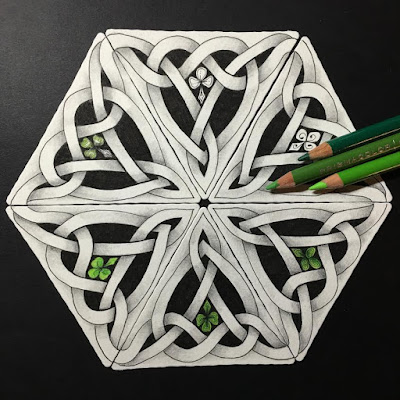 I began with the lightest of three greens, and then layered two darker ones over it.  The color, along with the dark surround, made Lucky glow. 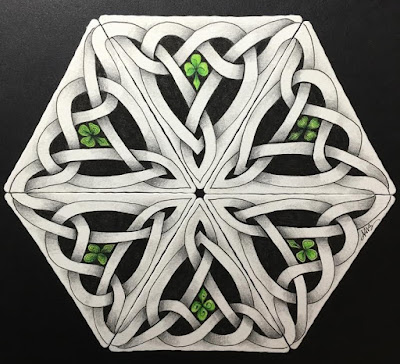 I have been tangling for five years now and the magic of having a project unfold still amazes me to no end.
Continued good wishes to you on your tangled journeys.  Thank you for following along on this one.